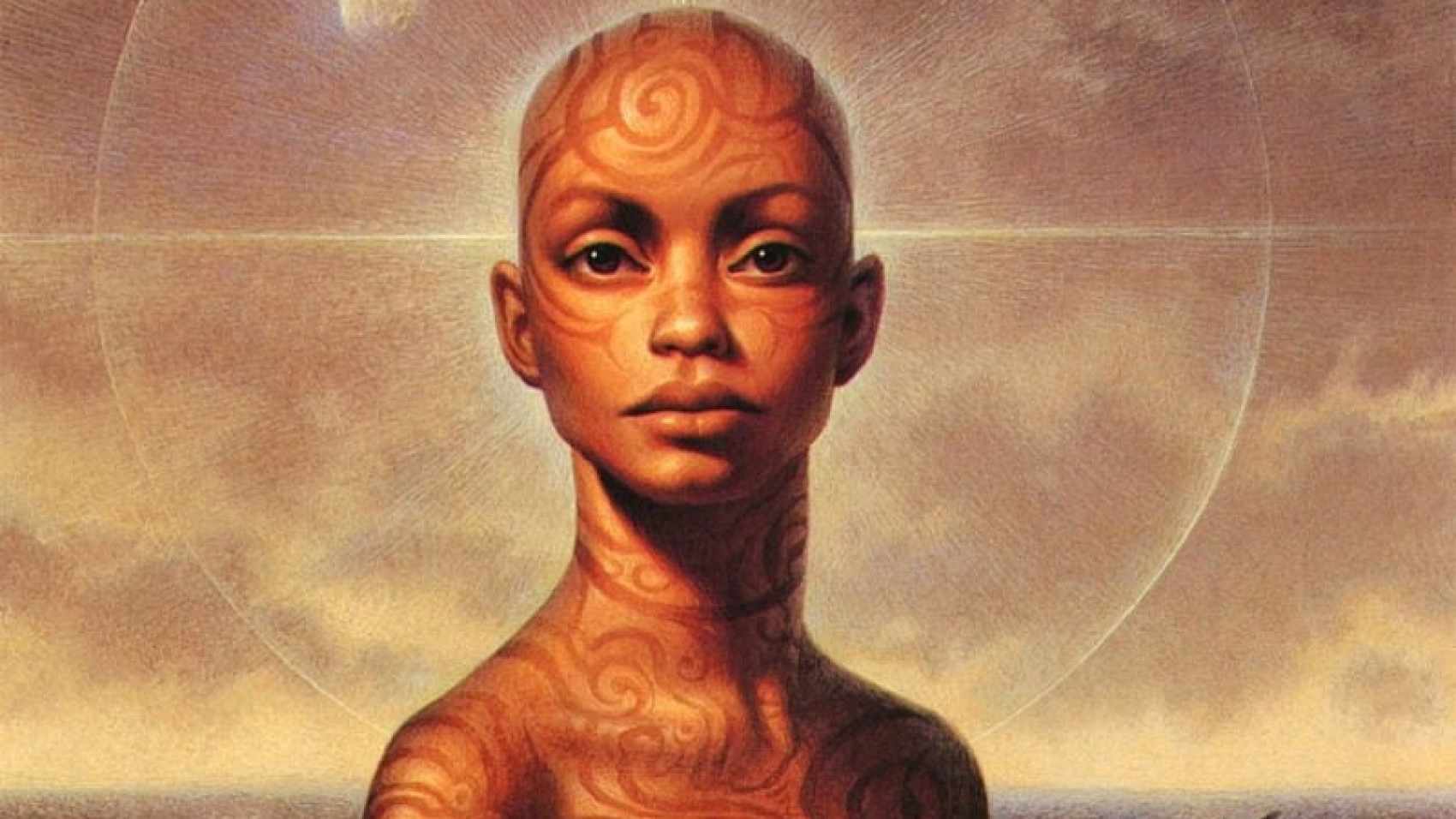 Last month I heard that Octavia Butler’s XENOGENESIS TRILOGY, aka LILITH’S BROOD, is in development as a TV series. At the time I had yet to read anything by her, and I figured this was a great opportunity to start. So I bought the first book and got stuck in.

Ms. Butler’s books are quite different from what’s popular right now. The immediacy that’s become synonymous with YA lit is deliberately put aside in DAWN. We begin as Lilith does–isolated in an alien environment with little information. Slowly it becomes clear what has happened to put Lilith here. Humanity all but destroyed itself and the planet in a war. As luck would have it, an alien ship was nearby and rescued what was left of the survivors, healing them. But not altruistically.

The Oankali live to combine their DNA with that of other species, creating an ever-more-perfect species. They are very interested in humanity because  they have never seen things like cancer, which they are able to heal and manipulate to do wondrous things. But, they believe humanity has a DNA-bound “contradiction” that makes us volatile. Our insistence on hierarchies means we will always destroy ourselves given enough time. The oankali think leaving humanity alone to breed and restore restore itself would be immoral, because it would mean condemning future generations to a grisly death.

This is heavy stuff, and the burden of it is placed on Lilith’s shoulders. She is one of the few captive humans who doesn’t immediately flip out around the Oankali and so they ask her to present their case to the other humans. To argue in their favor. To lead the humans to the oankali. Throughout the series Lilith struggles with her betrayal of her species.

There’s a lot to unpack in these books. Being science fiction they are a commentary on our existing society. It is a dissection of race, imperialism, and much, much more. But, this isn’t exactly a book review, it’s a writer’s blog, and I want to talk about craft.

As I said, we start with Lilith, relatively close third. We’re not deep inside Lilith, but we can’t see what she doesn’t see. In the second book it’s close-third tied to Lilith’s son Akin. In the third we finally go first person into Lilith’s child Jodahs. Why the switch? Because Jodahs is neither male nor female, but a third gender brought by the Oankali, ooloi. Jodahs is the most Oankali of the three primary characters, and being in first person with it allows the reader to get to know it better. Here is the immediacy lacking with Lilith or Akin. When Jodahs feels, we feel. And by the end of the series one starts to think that if Jodahs is the future of the human/Oankali hybrid species, everything may just be okay.

Each protagonist is in a unique position. Lilith is the first human to bond with the Oankali. Akin is the first male hybrid child born to a human woman, and there is fear that he will become violent. Jodahs is the first ooloi hybrid child, period, and no one really trusts it. Our protagonists are all on the cusp of change, making them ideal lenses.

But, the arc of the plot is a little difficult to discern. There’s never really a clear ‘win’ or ‘loss’–or anything that could be described as an outcome. There is always this sense of life pushing forward, carrying on, the day to day continuing relentlessly. It makes me hesitate to call them novels because they lack the structure so common in novels. Which begs the question, what story elements are required to make a novel?

I’m very glad I read these. They drew me in with their endless questions about humanity and morality. In fact, I’m left wanting more. What happens when the Oankali leave? Does the Mars colony survive? What about Jodahs and its family?

That’s how you know a series is successful, when you don’t want it to end.

This site uses Akismet to reduce spam. Learn how your comment data is processed.

Trying to write a novel?

Whether you’re a veteran or a newbie there’s still plenty to be learned about writing.

Join my mailing list to get the Write a Novel Curriculum FREE, plus craft tips and tricks!

Bronwen writes nonfiction about writing, and fiction for young adults, usually with some magic and always with awesome heroines. Learn more about her here.